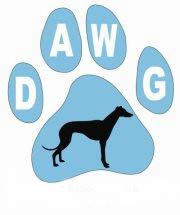 Wishing you all and your hounds a very happy new year.

We are now in a position to offer boarding to dogs that have been previous residents of Bristol DAWG. Spaces will be limited, as we only want to keep this on a small scale, but we are constantly asked for recommendations when people are looking to go on holiday or that odd weekend away.
To leave your dog with us we would need to see proof that your dog is fully vaccinated and has had the kennel cough vaccine – sadly we are not able to accept any dogs without up to date vaccinations.

Another recent adoption to tell you about. Fire Back has gone to her forever home in Bristol with Pip and Steve. This playful girl is mum to Fire Jet who was adopted yesterday! Thank you for giving this her a lovely warm and comfy sofa!  Here she is in her new home, new name yet to be announced!

Great news Orio, now renamed Meadow, has recently found her forever home with Tom and Becky. Thank you both for giving this sweet girl the new start in life she so deserves.
Thank you to
Eila Moloney
for rescuing her in Ireland, everyone at Bristol DAWG is so grateful for the work you do.

The lovely Best, now renamed Molly, is now happily settled in her new home with Zac and Lorraine. Such a sweet little girl who we know is going to be spoilt rotten.
Thank you both for making Molly's dream come true and giving her another chance in life.
Thanks also to Eila Moloney for sending Molly to us.

Congreytulations to Marcus Watts, our £200 first prize winner and Lou JH who won second prize of £50

Another happy hound in a new home for 2021. Bolt (now renamed Bodhi) has been on home trial with Steve and Ellen Readman, together with their lovely whippet, Spyder.
The boys are getting on really well and Steve and Ellen have decided to make it official so now Bodhi is living in Oldland Common. Thank you for giving him a lovely new home and thanks as always to Eila Moloney for rescuing this boy in Ireland.
I am sure we will see lots of new pictures on FB shortly from Ellen.

What can we say but WOW! We are all absolutely bowled over by the amount raised for Lifelines and even more wowed by the amount from the Santa Paws Appeal - we could not believe it was a massive £3740.00

We would like to thank everyone who donated a tin of food whilst visiting stores - you really have made a huge difference to us.

During these difficult times', we are so grateful for the help of Support Adoption for Pets and Pets at Home - we are so lucky to have them on board.

Greyt news, lovely Ridge (now renamed Reggie) has found his forever home in Frome with Jacqui Betts.
We think Reggie has had quite a hard life in the racing industry, so it is lovely to see him in a home environment.
Be happy lovely boy we know you will be thoroughly spoilt with Jacqui.
Thank you also to Eila Moloney for rescuing him in Ireland.

Thank you to Megan and Kim Simpkins-Jenkins for organising another greyt Zoom Quiz - £255 in the pot - brilliant! Thanks also to everyone who took part and congreytulations to the winner.

Today we said goodbye to little Violet, the rough coated lurcher, as she finally started life as a pet at the age of eight or nine! Be happy little girl - you deserve it after all this time.

We feel extremely privileged to announce that Professor David Olusoga OBE has very kindly agreed to become a Patron of Bristol DAWG.
Back in the Summer of 2019 David adopted the lovely George, a very handsome blue greyhound, from us who is now a much loved member of the Olusoga family.
David is a British historian, writer, broadcaster, presenter and film-maker. He is Professor of Public History at the University of Manchester. He has presented historical documentaries on the BBC and contributed to The One Show and The Guardian.
David won a BAFTA TV Award for “Britian’s Forgotten Slave Owners”.
Many of you will have seen his documentaries on BBC2 “A House Through Time”. The first series aired in 2018, a second in 2019 and a third in 2020, with each examining the history of a single residential building in Bristol.
David was included in the 2019 and 2020 editions of the Powerlist, ranking of the 100 most influential Black Britons and in the 2021 edition he made the Top 10 most influential, ranking eighth.
Just this month David appeared on BBC Radio 4's Desert Island Discs where he discussed his childhood experiences of racism and his love of Blues music.
As David and his family live in Bristol, it is hoped that, time and Covid permitting, he will be able to attend a few events going forward and you may get the opportunity to meet him.

This is Stevie who was recently adopted by Rachel and her family. He’s their first greyhound and this is what Rachel has to say about him: "He’s not quite two yet but it’s like having a mini-giraffe in the house, I hope he’s fully grown! He’s very gentle, loves, affection, is a pure sweetheart and is coming along nicely in a home environment. He’s a slow plodder on a walk but can go from 0-30 across the room in an instant when he hears food wrappers!"

Mike and Martin were so happy to welcome Buddy to his forever home today! He had a good sniff around, in the garden too, a nibble on his toy dinosaur and then settled down to  do what Greyhounds do best.....sleeping! They love him so much already!

Bristol DAWG is proud to be associated with Pets at Home, Bradley Stoke, Emerson's Green and Clevedon and thanks them for their continuing support